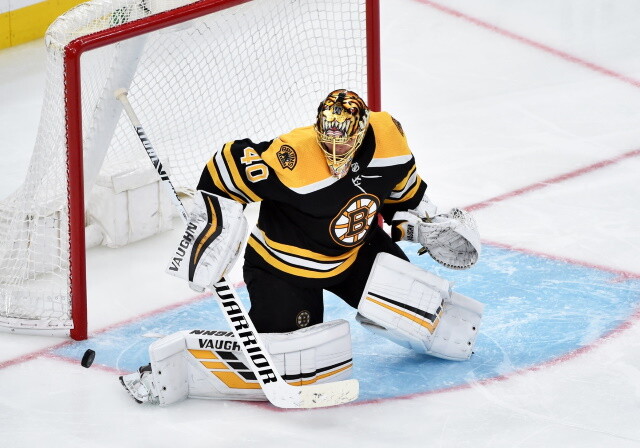 “He’s been dealing with some injuries all year, obviously good enough to play. They’re nagging. It’s not unique to just Tuukka for that position, but obviously it’s going to be brought up.

I’ll have a better update on if there were a potential issue down the road, but right now he’ll go get his treatment and be ready to go unless I hear differently. And right now, I don’t believe there’s any reason to think he won’t be able to go .”

Rask missed about a month of the regular season with a suspected back issue.

“It doesn’t look good,” Carolina coach Rod Brind’Amour said after a 2-1 loss to the Tampa Bay Lightning at home.

“I don’t know exactly the extent of it at this point, but he obviously couldn’t continue, so that’s never good. He would play if he could. That’s another challenge we’re going to have to overcome, but I’ll know more tomorrow, hopefully.”

Sarah McLellan: Minnesota Wild defenseman Jonas Brodin said that he suffered a sprained left shoulder. He’ll rest for a couple of weeks and then he can start up training again.

Joe Smith: Tampa Bay Lightning coach Jon Cooper said that they are trying to manage defenseman David Savard‘s injury. He could be back as early as next game, sometime in this series at least.

Adam Seaborn: Game 7 for the Toronto Maple Leafs and Montreal Canadiens drew Sportsnet 4.8 million viewers. That was the hight rated game for Sportsnet since they got exclusive rights.

Game 7 between the Maple Leafs and Boston Bruins in 2013 drew 5.1 million views.